Yoga at the Core Pilates 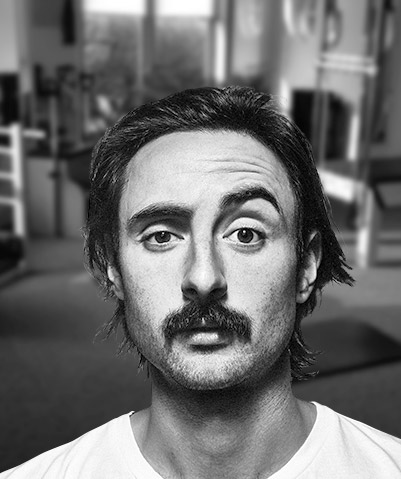 Got that ‘been at a desk for 40 hours’ feeling?

Start your weekend off right with an exciting mix of playful movement and energising breath awareness at The Core Pilates, Welwyn. Expect breath work, flowing transitions and peak poses that leave you wanting more whilst being supported and guided by Vinyasa Yoga teacher Nate Thomas.

Why Yoga is Nate’s passion

Nate is a Vinyasa teacher with a strong belief that the action is more important than the form. His style of teaching opens the door to any level of practitioner from newbie to advanced and, through accurate action cues and precise instructions, it is accessible to all. His classes are fun, playful and built on anatomical knowledge and a biomechanical understanding of the human body.

In his personal practice Nate finds enjoyment in using poses to build both strength and flexibility and is drawn to arm balances and inversions. This carries through in to his teaching style, as he loves to be able to take practitioners to their own perceived limits and show them that they have more to give.

Nate remembers his first ‘Om’ experience. Tucked away in the back corner of a large studio in Sydney surrounded by people making a noise he’d never heard before. He laughed. One month later he longed for the sense of togetherness created by that deep sound. He was hooked. Very quickly the practice became his favourite part of the day as he began to feel the benefits of it both physically and mentally. At the time he was struggling with chronic anxiety and yoga gave him space to step back from that, understand it and let’s face it, learn how to stand on his hands… almost. As the teachings of the eastern philosophers trickled into his mind through classes, he picked up snippets that he could use to begin to tackle the anxiety he was feeling and this is something that he brings into his classes today. Who knows, maybe a snippet a day keeps the doctor away?

This site uses cookies. By continuing to browse the site, you are agreeing to our use of cookies.

We may request cookies to be set on your device. We use cookies to let us know when you visit our websites, how you interact with us, to enrich your user experience, and to customize your relationship with our website.

Click on the different category headings to find out more. You can also change some of your preferences. Note that blocking some types of cookies may impact your experience on our websites and the services we are able to offer.

These cookies are strictly necessary to provide you with services available through our website and to use some of its features.

Because these cookies are strictly necessary to deliver the website, you cannot refuse them without impacting how our site functions. You can block or delete them by changing your browser settings and force blocking all cookies on this website.

These cookies collect information that is used either in aggregate form to help us understand how our website is being used or how effective our marketing campaigns are, or to help us customize our website and application for you in order to enhance your experience.

If you do not want that we track your visist to our site you can disable tracking in your browser here:

We also use different external services like Google Webfonts, Google Maps and external Video providers. Since these providers may collect personal data like your IP address we allow you to block them here. Please be aware that this might heavily reduce the functionality and appearance of our site. Changes will take effect once you reload the page.